How Harry the Tramp became a Property Millionaire

Harry Hallowes, an Irish tramp, lived in a squat on a £65 million estate in posh London's Hamptead ... Then he got the title to the land for free!

Book Your Place On Our Webinar Now

Learn How You, Too, Can Claim Any Amount of Land and Property – Completely FREE. Learn More Here! 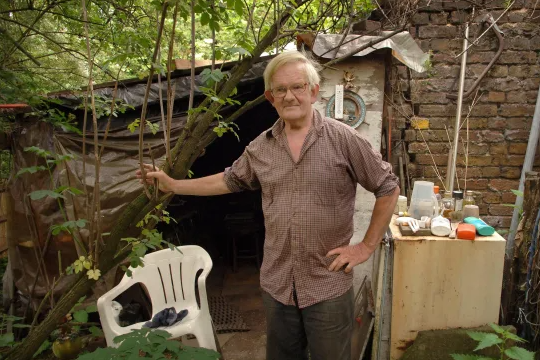 LITTERED with debris, walls of ripped canvas and old junk as furniture, this dingy shack does not look like a multi-million- pound home.

But the little lean-to became the most expensive hovel in Britain after it was the ­subject of a huge property battle.

Tramp Harry ­Hallowes, who lived there, occupied the tiny patch of land in London’s posh Hampstead for so long he won squatters’ rights.

It tells of loveable tramp Donald, played by Gleeson, who faces eviction from his shack which stands in the way of a multi-million-pound property development on Hampstead Heath.

In real life, Harry won his dramatic court battle in 2007 to live on a well-hidden 90sq ft patch of land, which formed part of the Athlone House estate.

His mega-rich neighbours included Sting, George Michael and the Sultan of Brunei, while Monty Python Terry Gilliam was one of his friends.

Cantankerous Harry shunn­ed company and denied having a brother — despite his sibling Lionel, a butcher, living a few miles away in the capital.

Harry claimed the pair had fallen out after he left his home in Sligo, Ireland, in his 20s — though Lionel had denied this and never understood why his brother had cut all ties with him and their parents.

Lionel’s widow, Alice Hallowes, told The Sun of her brother-in-law last night: “He was a so-and-so that one. He was never called Harry either, his name was Henry.”

Initially Harry travelled to Australia and New Zealand, where he picked fruit and did other seasonal jobs. 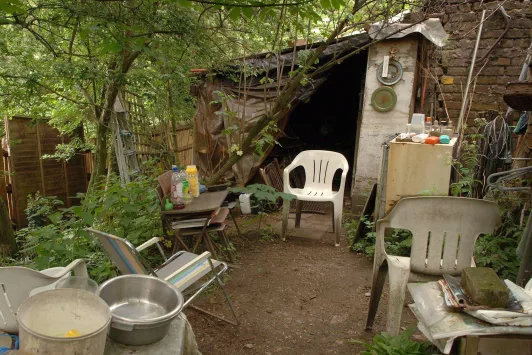 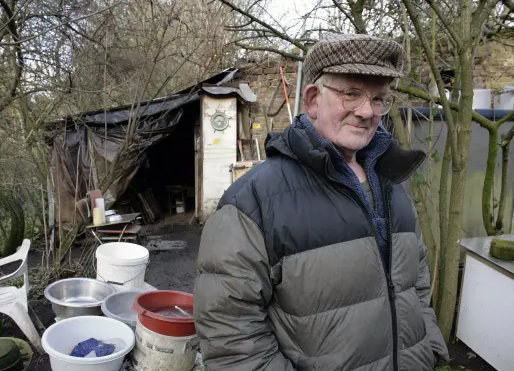 Tired of drifting, he put down roots in London, getting a flat in Highgate, near Hampstead Heath.

But he lost his home and was forced to kip on friends’ couches until he found his own slice of nirvana on the beautiful heath around 1989.

Nearby sat the derelict Athlone House, built in 1855 with its grand gardens designed in the style of the Palace of Versailles.

The crumbling rear perimeter walls of the huge property formed one side of Harry’s new residence.

Richard Payne, Hampstead Heath conservation supervisor, said: “I remember seeing him using an old tyre as a discus and I’d often see him collecting wood for his bonfires.”

His best friend was a robin and he was wary of outsiders. Local youths would taunt him, meaning the police occasionally had to pop by to check he was OK.

Beloved by his neighbours as a harmless eccentric, Harry was merely a “local legend” until property developers attempted to turf him out in 2005 to build luxury apartments.

The story of how Harry fought to save his home made global headlines. Two years later he was granted the deeds to the plot, having proved he had lived there for more than 12 years.

Richard said: “Harry often told me he wouldn’t swap his home on the Heath for the world. Once he was offered a considerable cash incentive by a property developer to vacate the land. He rejected it, saying being cooped up in a rabbit hutch with all the other rabbits was not the life for him.”

Harry was content among the birds and the trees. 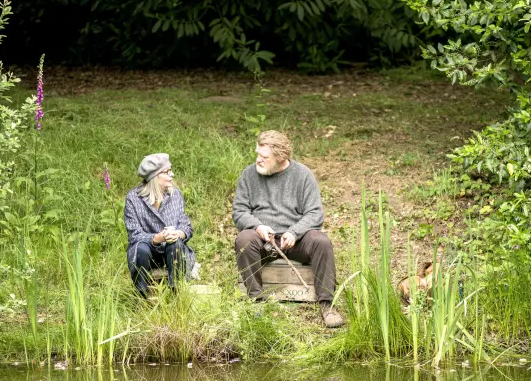 In a rare interview, the hermit once said: “I’m quite happy here with all my friends and all the nature. Do I look like the type that would sell up and go jetting all over the world?”

Fame didn’t bring him out of his shell either. Harry said he “never wanted anything to do with” the movie inspired by his life — as Brendan Gleeson himself found out.

One night while shooting the film, Brendan decided to meet Harry. The Irish actor, said: “I got out in my city shoes and started sliding and slipping through the mud and came across a guy who knew Harry and told me to follow him.

“I saw an old guy waving his stick at us. My new friend went over. He came back and said he didn’t want to see me because he had no interest in Hollywood.”

In his later years Harry’s health failed as he struggled to cope with long winters among the elements. He reluctantly agreed to go into a home shortly before his death.

His ashes were later sent to Alice and she buried them alongside Lionel following his death last year from cancer.

Harry’s cramped 8ft by 10ft lean-to is still there, rotting away in a fenced-off section of the park littered with debris including sun loungers, bikes, camping chairs and a fridge.

It bears little resemblance to the movie, in which tramp Donald makes his home in a large shack complete with living room and double bed.

Keaton plays an entirely fictionalised American widow who falls for Donald as they take on developers who want to destroy his home.

In reality, Harry had no love interest, but he did have the support of local residents, who helped him and were immensely fond of him. His neighbours are upset they have been turned into the villains in the movie.

Michael Hammerson, who knew Harry, said: “It is appalling to say the community or the society were against Harry because the opposite was the case. We were fighting the developers for 18 years.”

All of this fuss would certainly have bemused the loner.

None of the people who helped Harry, nor the two local societies involved with the Heath, know who now owns the overgrown land.

It is not Ukrainian oligarch Mikhail Fridman, who bought Athlone House for £65million last year to turn into a luxury home. The plot lies outside of his tall, cast iron fences.

They believe it is the responsibility of the City of London Corporation, which manages Hampstead Heath.

But a spokesman for the corporation said: “The area once occupied by Harry is private land and it is down to those responsible for his estate to determine how the land will be used.

Sister-in-law Alice doesn’t know what was in Harry’s will and certainly wasn’t left the land.

She said: “We could have done with it but we didn’t want it. My husband said ‘we don’t want his money’.”

“We never saw it. There was one point where he said he’d leave it to the Queen — as if she needs it.”

Learn How You, Too, Can "Do A Harry" And Claim Any Amount of Land and Property Completely FREE! Click the button below to register for our free webinar...